Ford Mustang Owners’ Club of Finland (FMOC) was established in 1982 and has steadily grown to Finland’s biggest car club of one car model. FMOC has almost 1100 members and at least the same amount of cars owned by them. Slightly over half of the cars are from Mustang’s early days, 1964½-1973. FMOC is a very active club and has something to offer to everybody. Regional groups have their meetings every month throughout the year, and many times the meetings are not just held in a Diner but include small cruising to interesting activities; Go-Kart, Car Museums, Company visits etc. The club also has own booths at the major Car Shows in Finland, mostly during spring time. The main activities during summertime include the Fun Run, national main event with up to 200 Mustangs attending. Fun Run is a weekend with full of fun for all the family, including cruising, autocross, chatting, dining, drinking. Probably there is a sauna heated up somewhere, too. Another big event for Mustang and Ford fans is the Ford Nationals. This is more like “Ford Total Performance” event where everybody can try their cars on drag strip or open track. This event also includes autocross. FMOC’s famous Autocross Cup has grown to one of Finland’s biggest autosport events if you look into numbers. In 2015 almost 100 drivers took part of the FMOC Autocross Cup. There are five events per summer and they are located around Finland depending on where the club’s main events are. The main objective is to learn to control and handle your own car and get a change to drive it on the limit, but it doesn’t bother if you are faster than the other guy. In addition to Ford Nationals, FMOC rents a race track two times a year to let all those ponies loose on open coarse. Many members also attend to events where you can race your car on drag strip. One can say that FMOC clearly is the most active American car club in Finland for what comes to really driving their cars. Corral, 36-48 page club magazine comes out four times a year. This full color magazine is filled with many kinds of stories of Mustangs and life around Mustangs, and also works as the main official communication channel to all members. Social media is not forgotten and you can easily find the club’s website in the internet, and FMOC also has an unofficial restricted access site in Facebook. FMOC members are glad to tell foreigners more about life with American cars in Finland, give tips for travelers and help to attend to Mustang events in Finland if one wishes to do so. Please feel free to contact the club!   Ford Mustang Owners’ Club of Finland www.mustangclub.fi www.mustangclub.fi/board (there is a section in English for our foreign friends) info@mustangclub.fi 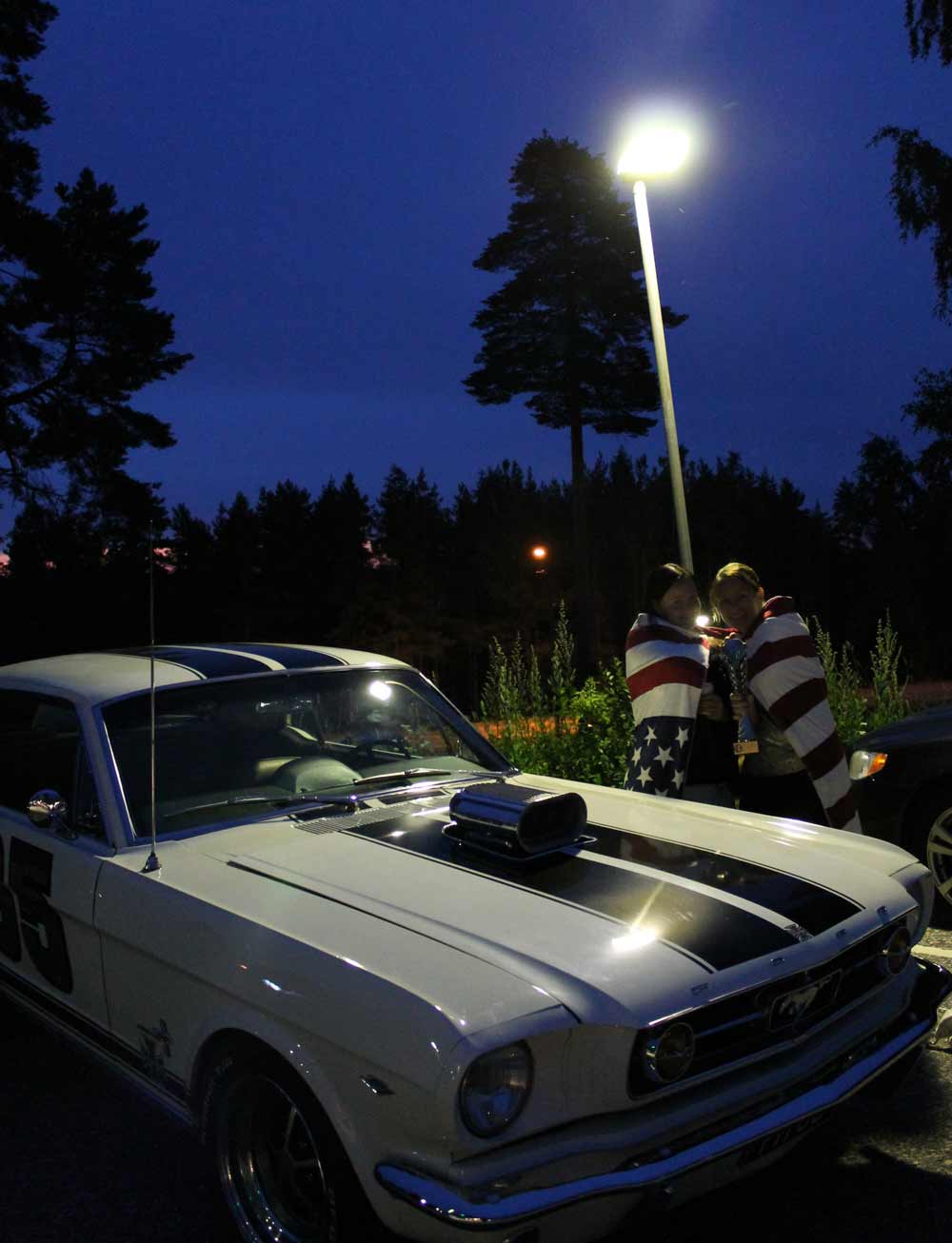