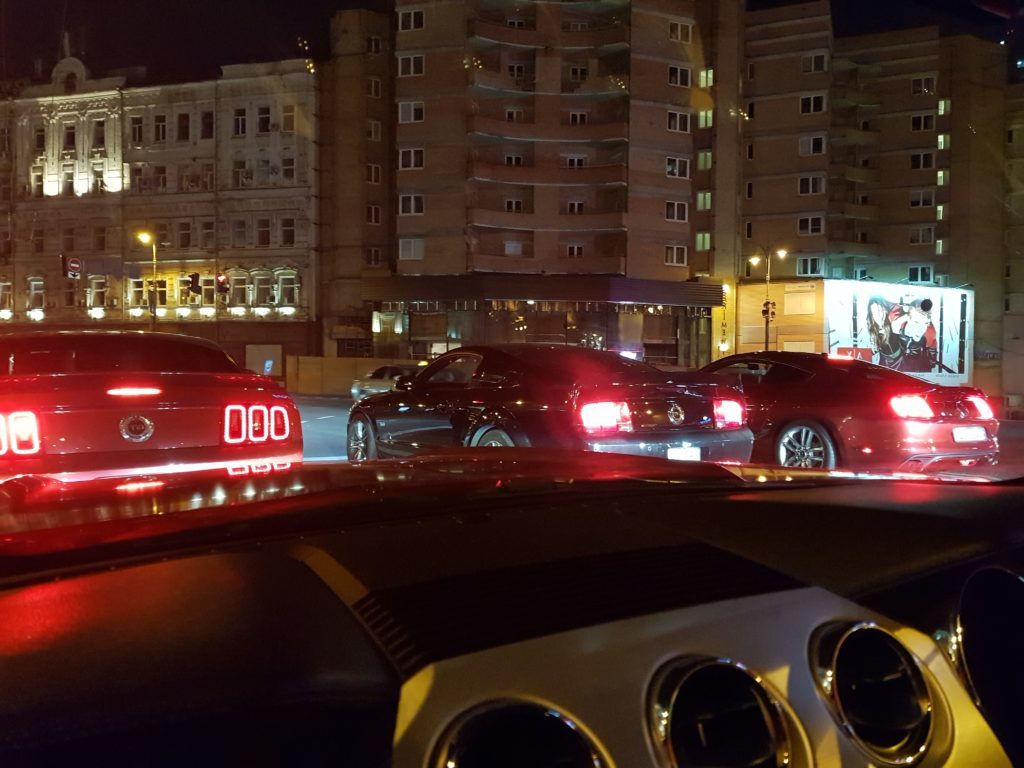 Once upon time in Ukraine

I visited ukraine for the first time in 2004.

As many ex-urss countries, it was developing pretty fast.

Landing here, 15 years after, was a positive shock for me.

The passion of some ukranian petrolheads for the American cars was  something well known: many car that where considered total losses in USA,

Came to Eatern Europe(as happens in Baltic republics), being fixed and sold (not only) in the local market.

I contacted Ukraine mustang club almost an year ago, to share with all our followers their amazing story.

Vladislav, the president and the founder of the club, answered me pretty quickly. 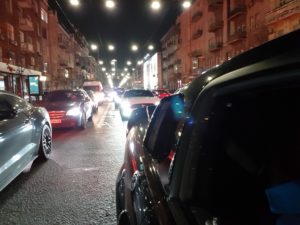 I contacted Vladislav when I landed in Kiev (I was attending an exhibition over there, with my main job).

He replied me quicker than usual, and he said:’you are lucky, tonight we will have our monthly car meeting”.

It is already difficult to land in ukraine at the beginning of November, with a sunny day and 18’C, but is even more rare to attend a monthly car meeting on MONDAY EVENING.

I was waiting outside my hotel, looking at Santa Sophia church( a part of UNESCO’s…), when I heard a storm coming, pretty far away. 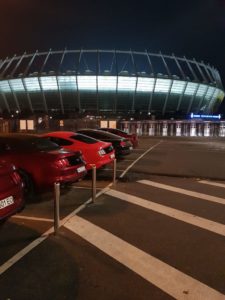 That storm became soon a familiar, v8 music, of an S197: was Vladislav,  with his 45th anniversary black mustang.

Bought new in 2009, this car represent Vladislav childhood dream. His efforts and his passion, gave him the possibility to upgrade it properly, with a very nice sound system, brembo brakes, short

throw shifter and many other amenities.

We quickly reached the meeting point, in front of Dynamo Kiev Stadium.

We were not the first car there: five s550 where waiting us.

In a while many car came, from all the directions. 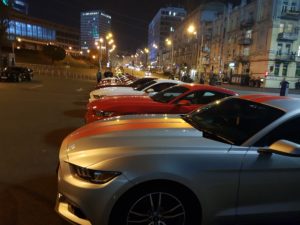 Reaching 20 cars was pretty quick. After fee introductions, the club decided to take me for a ride, in the city center of kiev.

Driving around with a group of 20 Mustangs in the city center of kiev was pretty unreal.

The average age of the owners of this cars in Ukraine seems below 35 years old: this make a new generation of mustang owners, something that american clubs needs: younger boys ready to push forward the legacy.

Huge roads, no traffic, and smoking tires, surrounded with the sound of mustang motors, from v8 to v6, through EcoBoost.

We had a quick coffee drinking stop at the local Mc Donald’s, literally on a high speed road, in the suburbs, we  the mustangs give their best ¼ mile shots.

We finished our tour at the same meeting point we had.

I went back to my hotel with Vladislav, with the promise to come back with my car next spring. Who knows?