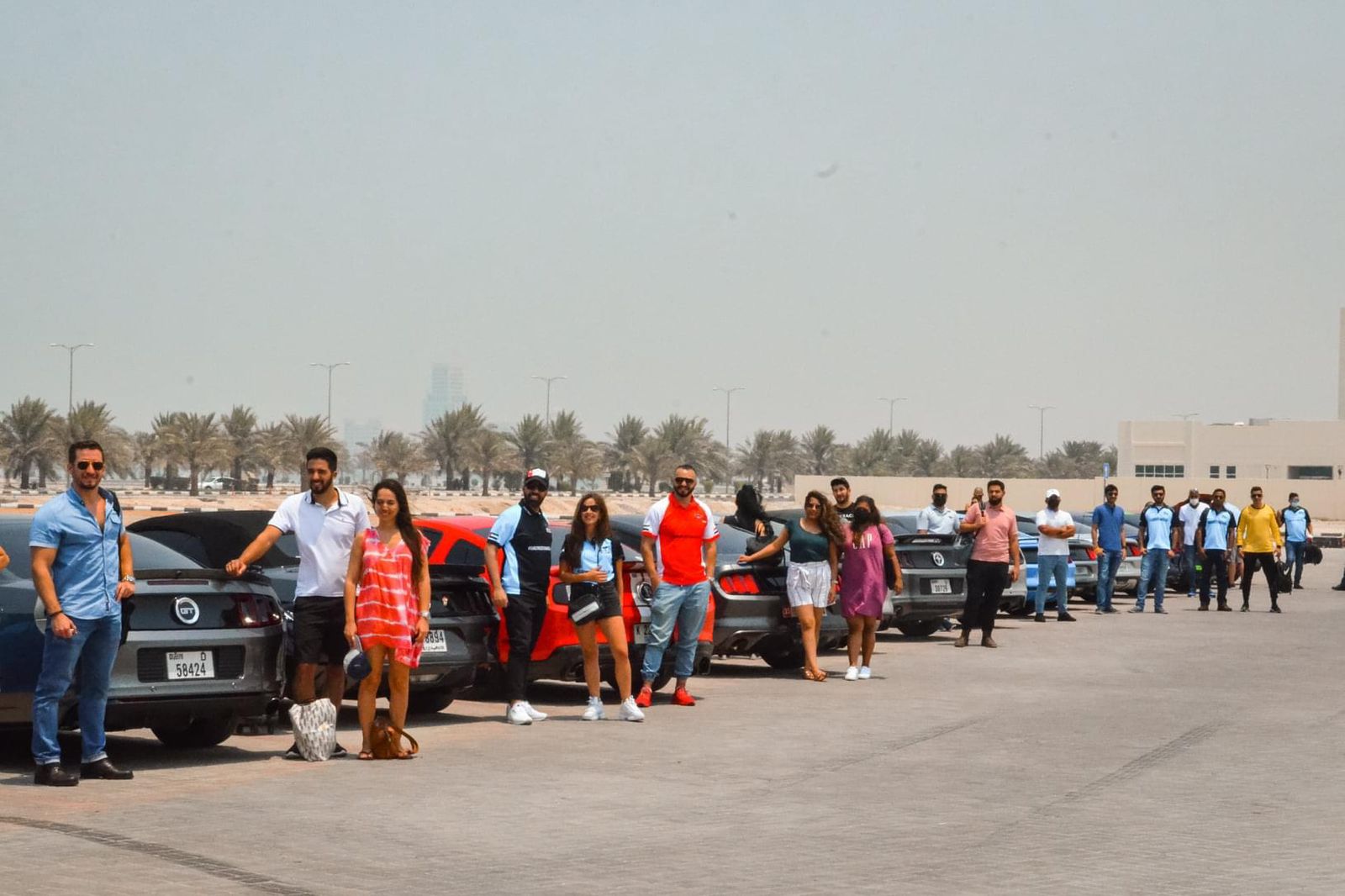 I was used to write “Mustangmania Invades…” and then the name of the country, but nowadays this seems not appropriate.

I visited Dubai for the first time few years ago; the passion for all kind of cars here is Absolutely insane: From Lamborghinis to Ferraris, going through all the German and American cars, you can find easily what you want.

UAE is a country that is Able to mix different culture and religions, making them leaving togheter in peace and in a respectful way.

I contacted Mustang club of UAE before i landed in Dubai. During my business trips around the world i really love to meet Mustang People like me; For a Globetrotter, feeling less alone, meeting people with your same passions, is priceless. The world become extremely small, and you have friends like you basically everywhere. 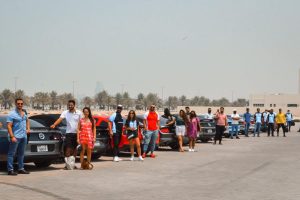 A picture of the Group, during an event. 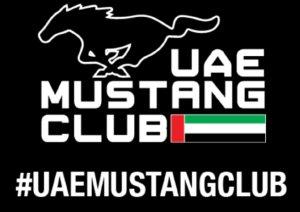 The club, founded in 2005, is one of the Biggest in UAE, with more than 1.000 subscribers, from 50 different natonality, and they organize more than 20 events a year. pretty impressive, nothing to say about that.

I was pretty Impressed, Because I received a reply in ITALIAN, believe it or not.

Why in the world that was possible? the answer was pretty easy.

Ehab Al hajou, The founder of the CLub, was Born and Raised in the Iraq Embassy of Rome. 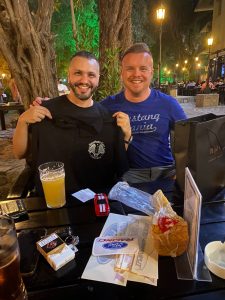 Me and Ehab, sharing mustang stuff

After several years there, in 1991 He and his fmily went back to Iraq.

We decided to meet for a beer at Irish village, the last day before my departure back to Italy.

Ehab and a new Mustang club of UAE member, picked me up from the Hotel, around 8PM. I was pretty impressed: a Shelby gt500 and a Ferrari FF came there, for me and my friend. UAU.

ENjoying the sound of the Shelby on the passenger seat is absolutely stunning( yes, i went on the shelby, and my friend was the passenger on the Ferrari FF). 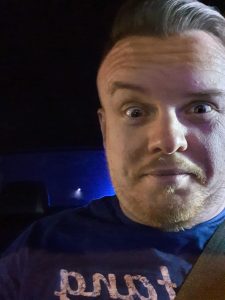 A worried italian considering the risk on an internaitonal arrest

We took a shortcut, but we saw that A gentlemen parked a car side by side with another, and we were stuck. We decided to smootly pass the car on the left side, but the impredictable happened: 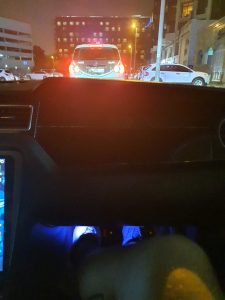 The Police Nissan Patrol that stopped us

A police SUV, coming  literally from nowhere, stopped us. We suppose to wait that the car in no parking position moved, instead of passing them. Pretty strange rule: if we were in italy, we just passing a guy like this, probably shouting and insulting him.

We explained the situation with the officers, that let us go away after few minutes.

I never saw a traditional Irish village nowhere, except in Ireland and Dubai. A Nice location, that is a replica of an old Irish village, with live music, a small internal lake, and nice food.

Few mustangs were already waiting for us.  The cool thing of being a mustang guy is that we are almost the same everywhere in the world: we modify our cars constantly, collect unuseful mustang stuff and have mustang in our top 3 argument of conversation. 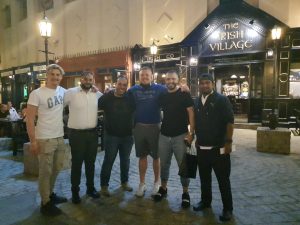 We were 4 different nationalities, a girl (by the way, the club has a really big “pink” share, compared to many other clubs worldwide, were the percentage of women mustang owners is pretty low), talking like we are friends from forever. I think this is the super power of this car: people with different incomes, nationality and culture totally in love with a car. If politicians will be able to be inclusive at least a half of what Mustang does, probably there will be zero wars in the modern era.

Dubai market, as many other markets outisde us, receives a lot of total loss mustangs, that are fixed and sold as low mileage used cars.

I was used to this issue in Europe, but i discover talking to club people around the planet that is more dfficult to find a “Clean Carfax” car then a Total loss, fixed sometimes in a perfect way, sometimes in a terrifing way.

After some more chat and few beers, we drove back to the hotel.

I left Dubai with the promise to come back, and with few more Mustang friends. 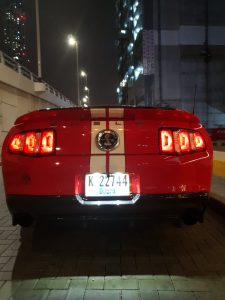 Still a better ass than Kim